Pick Consulting was founded by Stephen Pickens, who leverages nearly a decade of agency and client side direct response experience to help advertisers pick the right DRTV partners. He was the first hire at a leading direct response tv media buying agency, where he personally planned, launched, and managed major national direct response television campaigns for online brands such as PokerStars, QuiBids, zulily, BodyBuilding, Fiverr, OnDeck, and many more, helping to grow agency billings over $100 million.

He developed a proprietary attribution model before advanced attribution companies began innovating in the space. His model identified the impact of offline media such as television as well as granular performance insights at the spot level that enabled effective, ongoing optimization. His familiarity with the attribution space is unrivaled, having interview

Stephen has also held client side positions where he has implemented third party attribution platforms and lead agency review efforts, so his familiarity with the crowded direct response media buying agency space is second to none. He knows the strengths of every major DRTV agency.

Stephen is dedicated to his clients and optimal results, which is reflected in his proactive service mentality. He leaves no stone unturned when it comes to making sure his clients are satisfied. By leveraging his extensive knowledge of the direct response and attribution spaces, he can help clients make better decisions faster and more efficiently. 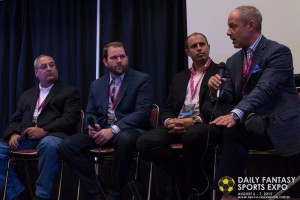 Stephen is a recognized expert in the direct response field that presents and participates on panel discussions at industry conferences. He holds a Bachelor of Arts Degree in Political Science from Auburn University and a Master of Science Degree in Integrated Marketing and Management Communication from Florida State University. In 2017, he launched the US office for Advertising Advantage, bringing a unique brand of pay-for-performance direct response media buying to the largest media market in the world. He resides in Central Florida with his wife Kerby and yorkie Baxter.